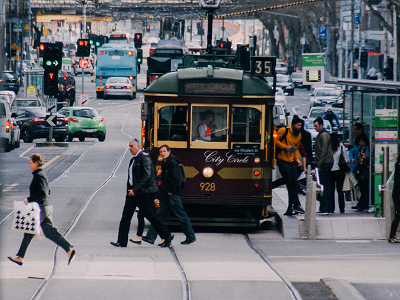 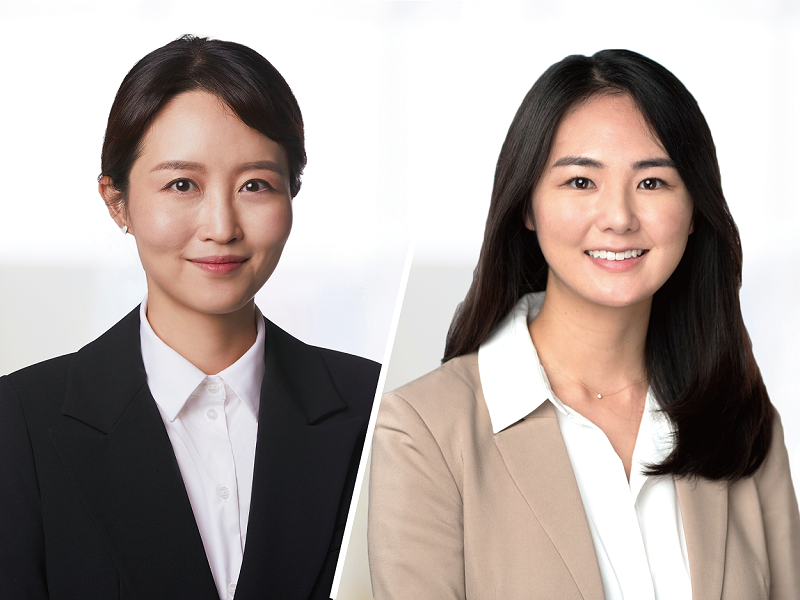 Our newest addition to the firm are lawyers Erica Lee and Gina Jung.  Head to our People's tab to find out more. 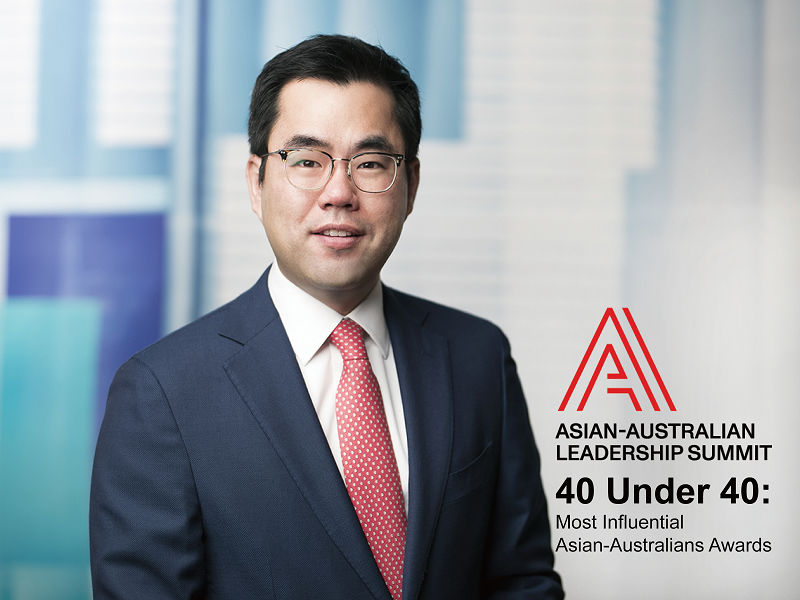 Introduction  The NSW Parliament recently passed the State Revenue Legislation Further Amendment Bill 2020 which, among other things, clarified the situation concerning discretionary trusts when it comes to the imposition of surcharge purchaser duty and land tax applicable to foreign persons. The Bill also makes amendments to provide  exemption from and refunds of surcharge purchaser duty and surcharge land tax by the trustee of a discretionary trust if the trust prevents a foreign person from being a beneficiary of the trust.   Surcharge duty and land tax  For the past 4 years, the NSW State Government has been imposing a surcharge stamp duty and land tax for foreign purchasers/owners of real property in New South Wales. If residential property is held by a “foreign person”:  Surcharge stamp duty, of an additional 8% when purchasing property; and   Surcharge land tax, of an additional 2% annually based on land ownership as at 31 December,  will be payable on top of the usual rates of duty and land tax (if any).   Given that the tax-free threshold for land tax does not apply to surcharge land tax, even for a property with a registered land value of $500,000 surcharge land tax of $10,000 is payable (i.e. even when no standard land tax is payable).   Family trusts potentially subject to surcharge  People who do not have citizenship or PR are understandably caught by the surcharge regime, but what has surprised many is that a number of locally established family trusts (which generally take the form of a discretionary trust) fall under the definition of “foreign person”. This is because a discretionary trust is deemed to be a foreign person if any one of its potential beneficiaries (even if not a taker in default) is a foreign person. In this regard, it doesn’t matter that the trustee has not and does not intend to distribute to such beneficiaries, and the potential foreign beneficiaries are not named.   Often, family trust deeds will specify as potential beneficiaries not just named family members, but such members’ families (usually widely defined, e.g. parents, siblings, uncles/aunts, nieces/nephews, grandchildren), as well as companies/trusts in which any of the beneficiaries have an interest, and in many cases charitable institutions (including overseas institutions). To see the wide-reaching operation of this deeming provision, the NSW Revenue website gives the following example:      Say that XYZ Discretionary Trust is a trust whose beneficiaries include A (as a named person) and any company or trust in which named beneficiaries have an interest. Person A in turn owns 1 share in ABC Pty Ltd, which is majority owned by a foreign person B. In this case, XYZ Discretionary Trust will be deemed to be a foreign person because ABC Pty Ltd is a potential beneficiary of XYZ Discretionary Trust. If XYZ Discretionary Trust purchases real property in NSW, then surcharge purchaser duty and surcharge land tax will become payable. In this case, it doesn’t matter that XYZ Discretionary Trust has never made a distribution to ABC Pty Ltd and never intends to do so.   By way of further illustration, one recent family trust we reviewed specified as a potential beneficiary “schools, universities, colleges and other educational bodies of any kind either within or outside Australia”, which similarly resulted in the trust being a foreign person.   Another way in which a family trust can be caught is when it includes extended family members who are not based in Australia.   The new Bill clarifies and confirms this wide-reaching operation, with a new section introduced stating that “The trustee of a discretionary trust is taken to be a foreign trustee for the purposes of this Chapter unless the trust prevents a foreign person from being a beneficiary of the trust”.      How we can assist   If you are looking to acquire (or already own) real property through a family trust, the Bill allows an opportunity for family trusts to put through amendments into the deed to “prevent a foreign person from being a beneficiary of the trust” in order to manage any unintended surcharge purchaser duty consequences.  Although the Bill allows for a buffer period until 31 December 2020, we recommend that your family trust deed be amended as soon as possible if the family trust would be deemed to be a foreign person under the surcharge provisions.   If you are unsure whether the terms of your trust deed “prevents a foreign person from being a beneficiary of the trust”, H & H Lawyers will be happy to review your trust deed to check whether it might fall within the ambit of the surcharge regimes. If we find that the terms of the trust deed causes your family trust to be deemed a foreign person, we can then further assist in implementing the necessary amendments to the trust deed.

On 20 May 2020, the Full Court of the Federal Court of Australia handed down its decision in WorkPac Pty Ltd v Rossato. The case centres around labour hire firm WorkPac, which employed Robert Rossato as a mine worker at two Queensland mines owned by Glencore. Mr Rossato was a casual employee, on rolling contracts, over a three-and-a-half-year period. As a casual, he was paid an extra 25 percent loading on top of his wage — which is the usual practice to make up for not being given benefits such as annual leave. The Full Federal Court dismissed WorkPac’s application for a declaration that Mr Rossato was a casual employee, instead finding that Mr Rossato was a permanent employee. It was found that because Mr Rossato's employment was "regular, certain, continuing, constant and predictable", and he was given rostered shifts well in advance, he was eligible to entitlements that full time employees receive under the National Employment Standards (NES) in the Fair Work Act 2009 (Cth) and the relevant Enterprise Agreement: being paid annual leave, paid personal/carer’s leave, paid compassionate leave, and payment for public holidays. This is an important decision for employers who engage casuals, whether directly or as a host employer. Pending any intervention by the Federal Government or appeal to the High Court, employers should now carefully review their casual employment arrangements, update the terms of their casual contracts, and revisit their arrangements with labour hire companies and their workers.  In particular: Employers should review their casual arrangements with a view to determining whether some other form of engagement is more appropriate – including part time and fixed term arrangements. Assuming casual engagement is still appropriate, specific attention should be given to the employee’s written contract to ensure that the casual loading is a separately identifiable amount that is stated to be paid as a result of the employee not being entitled to NES or other entitlements peculiar to permanent employment. We also suggest a statement to the effect that if the employment is subsequently determined not to be casual employment, the employer is entitled to repayment of the casual loading. Regular reviews of casual arrangements should be conducted – at least once every 12 months – to assess the likelihood of the employment being a “firm advance commitment” of employment. We can assist you if you have any questions about how the Workpac v Rossato decision may impact the work arrangements in your own organisation or more generally in relation to how you are employing or engaging your workforce.

Death of K-pop star, Goo Hara, reminds us the importance of having a valid Will

The Australian Government has announced the new temporary activity visa under subclass 408 in a bid to support public health professionals in the face of the COVID-19 situations.   ​Now officially created under the Temporary Activity visa stream, the new subclass 408 Australian Government Endorsed Event (AGEE) visa (hereinafter “COVID-19 Pandemic Visa”) has been implemented as an interim measure for the purpose of responding to the unprecedented circumstances which Australia is facing now, caused by the pandemic of COVID-19. As such, given its temporary nature, this visa will be frequently reviewed, revised and ultimately be abolished once the pandemic is controlled.   ​Eligibility  To be eligible for this visa, you must meet the following criteria:   currently residing in Australia  unable to depart Australia due to COVID-19 border shutdowns  current visa is to expire within 28 days or last temporary visa expired less than 28 days ago  no other visas available in the given circumstances  employed in a critical industry sector and your employer is able to provide evidence that it is difficult to replace your role with another permanent resident or citizen.   ​Critical sectors  If you are currently  holding a working holiday visa;   working in industries such as agriculture, food production, processing and distribution, and aged, child and disability care; and  unable to return to your home country or ineligible for other visas,   then, you are eligible to apply for the COVID-19 Pandemic visa.   A Seasonal Worker Programme visa holder whose visa is set to expire within the next 28 days is also eligible to apply for the COVID-19 Pandemic visa.   Similarly, so long as the visa holder is employed in the above critical sectors, anyone whose visa is temporary, has no other option to extend and cannot return to their home countries can apply for the COVID-19 Pandemic visa. In this case, you will be required to provide evidence of your employment together with the application form.   ​Last Resort  Even if you are a temporary visa holder staying in Australia but not working in the critical sectors, you may be eligible to apply for the COVID-19 Pandemic visa on the basis that you are unable to return to your home country. Once the visa is granted, you will be lawfully allowed to stay in Australia until you can return to your home country safely.   If you are currently on a bridging visa and your original visa application has been rejected, then you will not be eligible for this visa.   For more information, please follow this link.